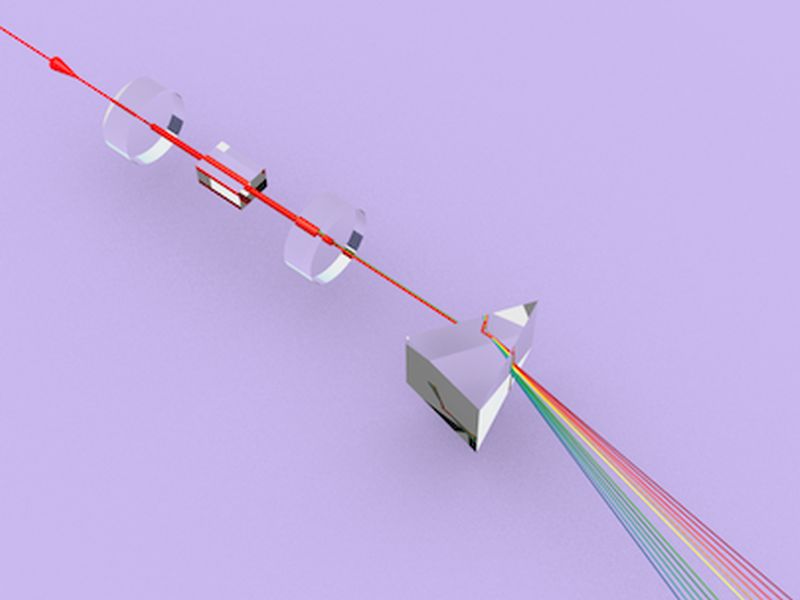 Originally conceived for frequency metrology, optical frequency combs (OFCs) nowadays are routinely used in a wide range of scientific and technological applications. Ultrafast mode-locked lasers were first used for comb generation. Subsequently, OFCs have been produced in continuously-pumped Kerr microresonators, through third-order nonlinear parametric processes.
Quite recently, we demonstrated direct generation of OFCs in continuous-wave laser-pumped optical resonators with a second-order nonlinear medium inside. We first realized comb generation in a singly-resonant cavity second harmonic generation system, where, starting from a single-frequency infrared pump, combs are simultaneously generated both around the fundamental frequency and its second harmonic. We also investigated frequency comb generation in a degenerate optical parametric oscillator: we achieved comb emission both around the visible pump frequency and its subharmonic, showing the feasibility of providing OFCs in elusive spectral regions, such as the mid-IR. These experiments have been supported by a thorough theoretical analysis, aimed at modelling the dynamics of quadratic combs both in frequency and time domains, which unveils a formal analogy with third-order interactions and provides useful insights into the physics of this new class of OFC synthesizers.
We are currently studying OFC generation in a doubly resonant second harmonic generation system, with the further aim to investigate the quantum correlations between modes in the octave-distant spectral range peculiar to quadratic combs. Finally, we are also working to obtain frequency comb generation in a more compact and robust quadratically nonlinear resonator, i.e. a whispering-gallery-mode monolithic resonator, made of lithium tantalate, with a radial poling.